Our mission is to provide a comfy and enjoyable stay at The Inn at Spring Run Farm. We strive to offer you a taste of all things great about Kentucky; history, culture, horses, food and bourbon. Book your room today!

Bring your friends, family and horses to join us! Our vision of a festive and lively crowd at The Inn comes to life when you stay here and let us be a part of your memories.

Your host and farm owner, Susan Lewis Harris, grew up riding and became a member of the United States Pony Club. Susan achieved the “A” level which is the highest in Pony Club.  She is now a national clinician and National Examiner for the Pony Club.

Susan grew up showing, eventing and fox hunting with the Long Run Hunt.  She excels in dressage, where she has ridden at the prestigious Gran-Prix level. Susan remains the only instructor in Kentucky that is certified through the United States Eventing Association and the U.S. Dressage Federation. Susan is extremely passionate about teaching her students the finer points of dressage, eventing and cross country.

Susan attended William Woods University in Missouri and received her Master of Science in social work from the University of Louisville.

Jeff Perellis is our owner/inn keeper.   For the last 20 years it has been his dream to operate a bed and breakfast, where people can get in touch with themselves, meet new friends and enjoy nature.   Jeff has had a variety of career experiences that will help establish The Inn at Spring Run Farm as the premiere bed and breakfast in the Metro Louisville area.

In the 1970’s he was the chef at the Fig Tree, a gourmet restaurant in downtown Louisville.  From 1982 through 1992 he owned Jeff’s Gastronomy, an international restaurant and catering company.  In 1992, he became a Realtor, and has worked in all facets of real estate; sales, development, construction, property management and investment real estate.

In 2017 he, along with Susan founded the Inn at Spring Run Farm and this has become his working retirement, along with dabbling in a little real estate on the side.  Jeff graduated from Indiana University in Bloomington with a Bachelor’s Degree in history and a minor in folklore.

The Spring Run Farm, and much of the surrounding acreage, was originally settled by the Hardin Family in the late 1700s.  They built the two dogtrot cabins that are encapsulated within the Spring Run House.

Susan Lewis Harris’s father William Temple Lewis, Jr. inherited the 150 acre Spring Run Farm from his aunt Susan Robertson Lewis.  Temple and his wife Mary Katherine renovated what is now known as the “Spring Run House” in the early 1950’s into a modern colonial farm house, completely covering both log cabins!  The Lewis  family moved to the farm in 1957.

In the early days, Temple Lewis raised pigs, farmed tobacco and hay. He soon added a dairy operation.  The original concrete milk house is now used as a tack room.  Boarding horses followed the dairy days.  Temple along with a friend converted the silo barn into stalls; the solid oak doors and walls that they built are still in use today! The other original farm barn was used for calving.  It too was converted into stalls. The original corn crib is now used as another tack room.  All the newer barns were built as the horse boarding business grew.

In 2016, Susan Harris and her sister, Laurie Mcguire, along with her husband C.H. decided to renovate the family home as a gathering place for the family to celebrate holidays and other life cycle events. Their wish is for future generations of family and friends to be able to enjoy the farm as they have for so many years.

Knowing that Jeff Perellis’ dream was to open a bed and breakfast, they fully supported the idea of using the family farmhouse as bed and breakfast.  The year-long renovation was a labor of love, involving the entire family!  The Mcguire and Harris children were involved in the project as well . Chip was the architect, Liz along with her mother were the interior designers and all the other children along with C.H. had significant input in the project.  The “Spring Run House” as the family calls it, has been reborn and the family and Jeff are now ready to share this special home and their passion for Kentucky hospitality with you! 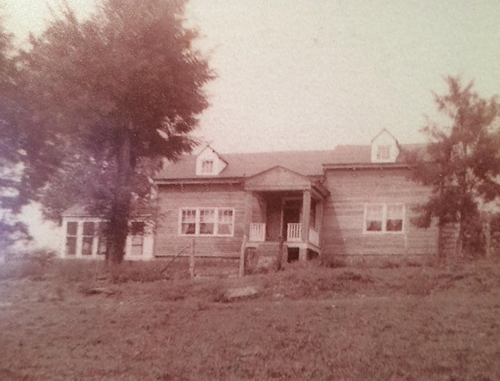 Historically, a cozy cabin-house in 1930. 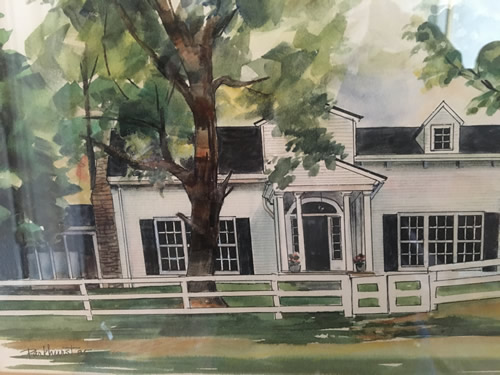 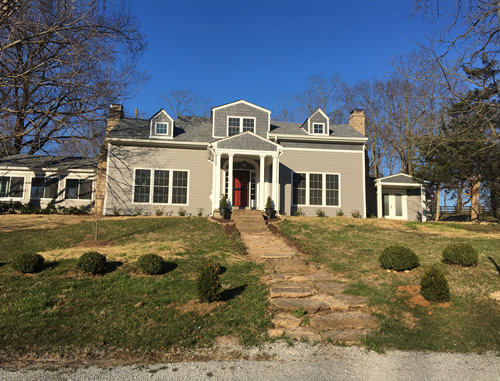 Today, a modern bed and breakfast. 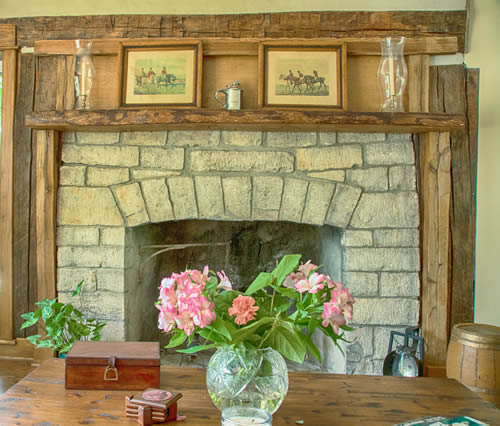 "Congratulations! It is absolutely stunning." . . . Taylor and Craig
"Love your bed & breakfast! Congrats on this wonderful business venture." . . . Jill and Alan